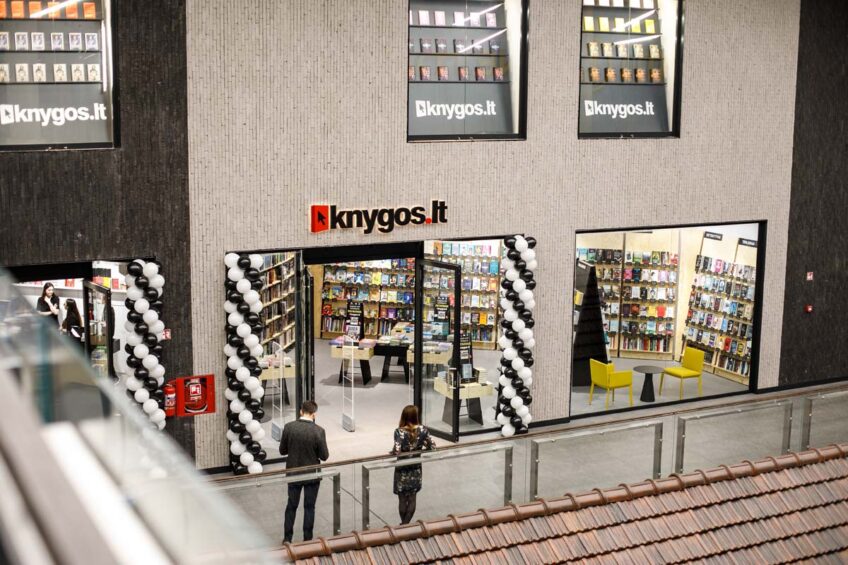 The online book trading platform Knygos.lt continues the development of the eponymous physical bookshops in Lithuania. In the last two years, two bookstores have been opened in Vilnius, and on 25 October, another store opened its doors, this time in the renovated Kaunas Akropolis. In the coming years, 1-3 more bookstores are planned in other Lithuanian cities.

After long searches and negotiations, the third “Knygos.lt” bookstore in Lithuania and the first one in Kaunas will open in Akropolis. On the third floor of the shopping centre, Kaunas residents will be greeted by a slightly larger bookstore of 148 sq. m of space. The investment in this stage of the development amounts to EUR 200 thousand.

A planned and strategic development

According to Davidas Pauliukonis, the head of Knygos.lt, the expansion in Kaunas was planned from the very opening of the first bookstore in the capital, but the search for a suitable and best location caused major challenges. This became especially important when customers in Kaunas started to ask more and more frequently when both the book collection point and the physical bookstore would open in their city.

“The bookstore in Kaunas is opening in a different environment than we are used to – this time it is located in Akropolis, and we are paying special attention to the location. We are trying to find a happy medium where customers can easily drive to the store, and where it is easy to stop by and pick up their order quickly. Finally, organic flow of people is also important, and Akropolis is one of the biggest attraction points in Kaunas,” says D. Pauliukonis.

It’s true that before shaking hands on a new seat, there was some negotiation. According to the manager, the most important thing was to convince the mall managers that more than one bookstore could be built in one commercial location – especially since the concept is completely different from elsewhere. The bookstore opened in Kaunas will not differ from its predecessors in Vilnius in terms of operating principles – the books will have no prices, and readers will be able to find out the prices by using special readers, checking them on the Internet or in the smart “Knygos.lt” app. However, the bookstores will also act as pick-up points.

The company has no plans to stop expanding its physical bookstores, with a further 1-3 bookstores scheduled to open in 2020. According to D. Pauliukonis, the plan is to strengthen its position in Kaunas and Vilnius, not forgetting the smaller cities, where suitable spaces are already being looked for. There are several reasons for this intensive expansion.

“First of all, both bookstores in Vilnius have more than lived up to expectations, with turnover in the first one growing by 70% compared to the previous year. Secondly, we believe in omni-channel retailing and have basically found the right model for us. Bookshops and online sales are complementary, and more and more customers are discovering the possibility to buy books at online prices in a physical bookstore. In addition, readers who visit the physical bookstore often become loyal customers of the online store – the two platforms are complementary”, says Pauliukonis. 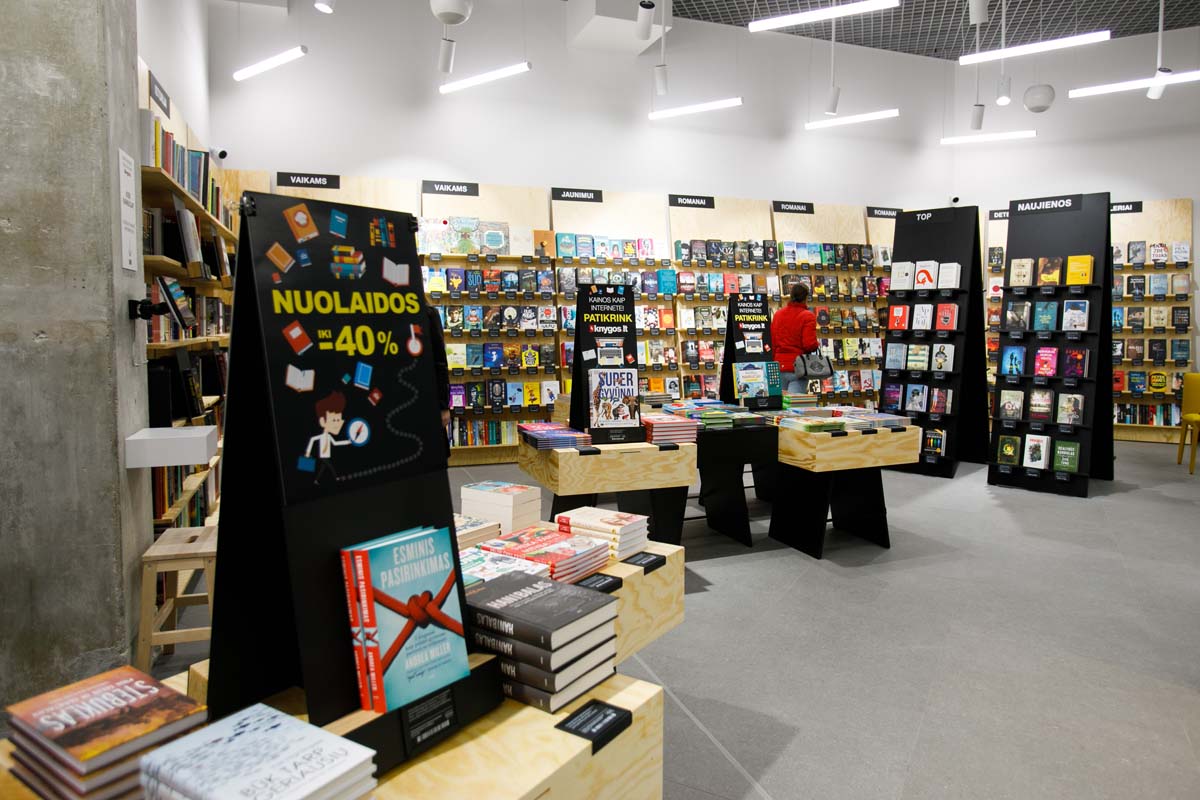 What are book lovers in Kaunas looking for?

According to the bookstore manager, like people in other cities, before they buy a book they want to read it live, to evaluate it not only by reading the descriptions, but also to feel if the book is really for them. However, Pauliukonis and his team have also noticed a particular interest of Kaunas readers in very specific stories related to Lithuania. For example, Kaunas citizens are really interested in books about the mafia, such as “The True Story of the Doctors” or “Pravieniškės Mafia”.

There is a general trend in Lithuania to increase the demand for “books that talk”. The popularity of books is often not determined by the region, but by who is talking about them – famous people, opinion-makers and leaders. For example, when Austėja Landsbergienė, Dovilė Filmanavičiūtė, Beata Nicholson publicly share their newly discovered readings, the demand for those books increases. Interest is also stimulated by bookstores’ lists of their most popular works or by the new releases of popular authors who have built up a readership. 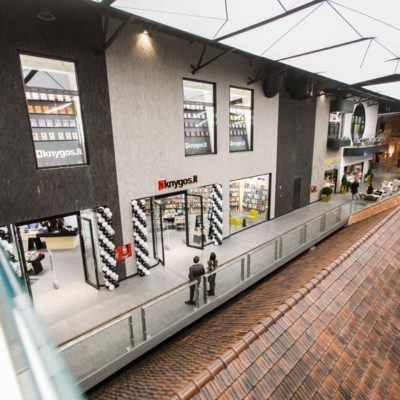 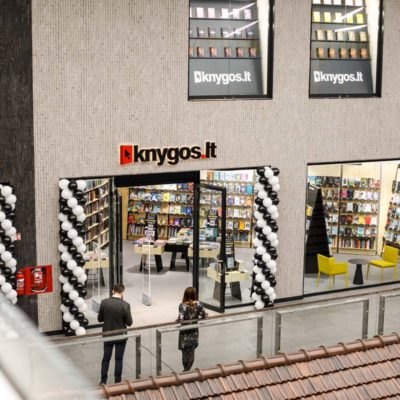 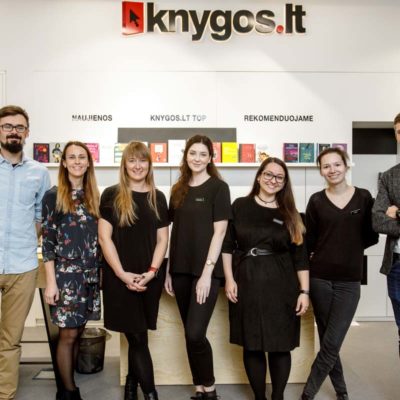 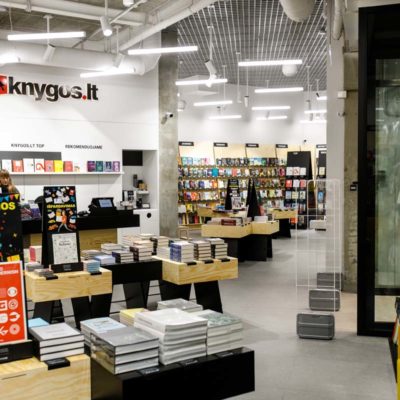 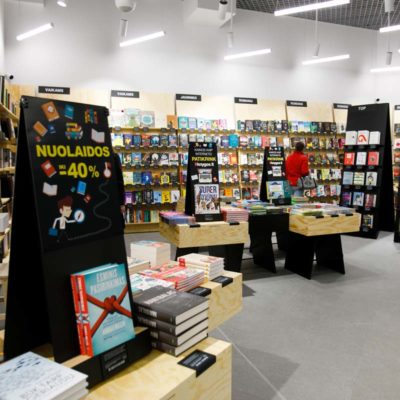 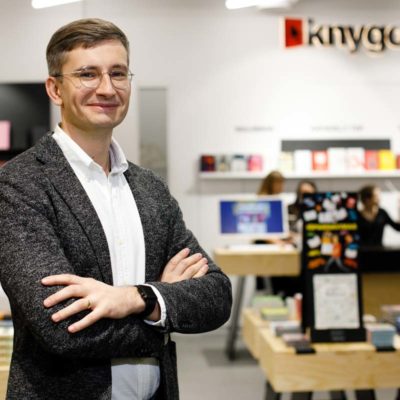